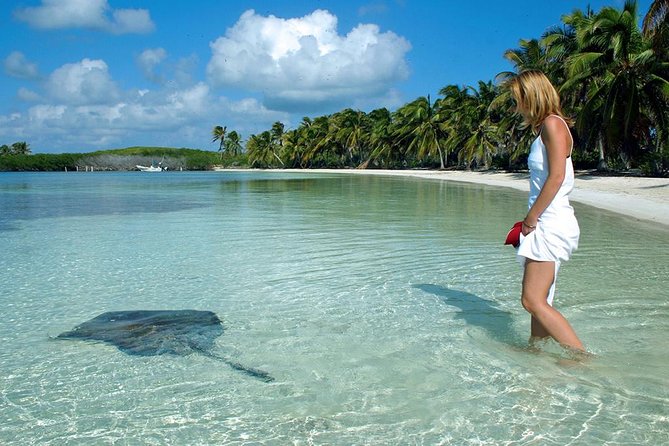 Isla Contoy is a small uninhabited island that belongs to the municipality of Isla Mujeres.

Just off the coast of Cancun, Isla Contoy is in the Mexican state of Quintana Roo, located about 30 km north of Isla Mujeres.

Isla Contoy, also known of the “Island of Birds”, was designated as a National Park in 1998. The island is a protected wild life sanctuary that has been protected by the Mexican government since 1961.

To the south of the island¬†is¬†where the 2nd biggest reef barrier in the world starts. The ‚ÄúIxlache‚Äù reef, also known as the Mesoamerican Barrier Reef, is located just south of Isla Contoy.

The island has been populated since before the Mayan consolidation. It was part of an ancient pre-hispanic maritime route that linked the Laguna de Terminos with other Caribbean Islands along the coast of the Yucatan Peninsula.

The waters around Isla Contoy were witness to naval battles during colonial times between Spanish Galleon ships and pirate ships. There are several notable shipwrecks in the area that bring scuba divers and snorkelers.
The presence of a large number and different kind of birds was discovered during the 1950s. It’s also common to find turtle egg laying nests along the islands beaches.

The lighthouse for the island was constructed. The Island was already called ‚ÄúIsland of birds‚Äù and it began to be recognized as a sanctuary. Mexican ecological authorities and naturists began studying the island wildlife shortly after 1950.

The island is small, just 8.5 kilometers in length and an area of 3.17 square kilometers in total. It was declared a national park in 1998 and is heavily controlled by the government ‚Äì only a few tour companies can operate here and they are only allowed to bring in maximum 200 visitors per day. Aside from that, each visitors needs a special permit to enter the island, which can be obtained in Isla Mujeres and Cancun.

Though 200 visitors are allowed each day, only a few dozens make the visit. This makes Isla Contoy a paradise for those who prefer a quiet and solitary off-the-beaten-track beach to relax in.

Off the western coast of the island you can relax in the white sand beaches under palm trees. The eastern side of the island is covered with chalky, calciferous rocks. Inland parts of the island include lagoons, jungles and sand dunes.

The reserve provides a sanctuary to a wide variety of marine wildlife. Among the most notable animals include four different endangered species of turtles. Loggerhead Caretta Caretta, the Green Chelonia Mydas, the Hawkbill Eretmochelys Imbricata and the Leatherback Demochelys all come to Isla Contoy to nest and lay eggs from April to October.

A few meters from the mainland exists a reef and the life in it is clearly visible from afar as the water around the island is extremely crystalline.¬†¬†Contoy Island is truly one of the most breath-taking places you will ever snorkel or scuba dive in.

More than 150 species of birds can be found roaming around the island. Half of these species permanently reside on the island and the other half are migratory. Isla Contoy is a haven for those who enjoy birdwatching.
Isla Contoy is mostly famous for homing pelicans.

It is home to one of the largest populations in the Caribbean ‚Äì they nest and reproduce here. Isla Contoy is considered one of the most important nesting place for tropical birds in the Mexican Caribbean.

Read All Posts By admin